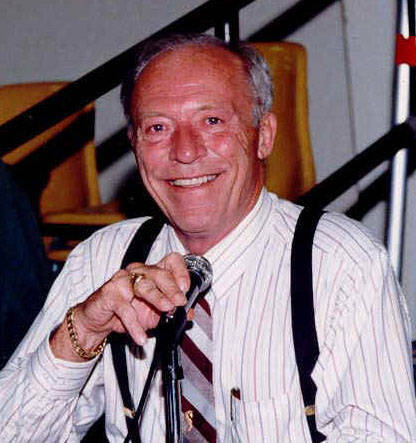 Married to Sue Spivey, a lifelong horsewoman, in the summer of 1960, he had no choice but to learn the "horsey" life. His early horse experience was with American Saddlebred horses and American Quarter horses, with an introduction to Arabians through Half Arabians in 1963.

Successfully converted to Arabian horses and Arabian horse people, he began announcing shows quite unexpectedly in 1973. His ability to share the feelings of the exhibitors and spectators led to a very busy career.

For nearly twenty five years, he assisted Sue with the operation of their horse farm and training stable as Cooper-trained horses won more than a dozen National awards. With the creation of their family video business, Seehorse Video, Sue retired from training to assist son Scott and Harry in that venture.

For many years, Harry’s announcing schedule included as many as twenty five shows a year plus a dozen or more sales as well as open houses, seminars and presentations. His travel would occupy over 250 days per year.

Harry announced countless shows, including the U.S. and Canadian Nationals, many Regional Championship shows, the National Show Horse Finals, the Scottsdale show, the Buckeye Sweepstakes, and, generally, perhaps most of the important shows in North America. As far as sales go, in one particular year, Harry announced probably 90% of the total dollar value of Arabians sold at auction in the country. It was not uncommon for him to work perhaps two dozen sales in a given year.

Harry was diagnosed with severe emphysema in 2000 leading to his retirement from the announcer’s microphone and lived at home the rest of his life. He continued to play golf and visit the local driving range every day until 2008, at that time having already survived 4 years longer than any of his doctors expected. On November 20, 2010 he fell ill and worsened, finally being rushed to the hospital the following morning. Despite all efforts he didn’t respond to treatment and finally lost his 10 year struggle with the disease at 12:35 PM Monday, November 22. Family and close friends were present at his bedside.

Harry is survived by his wife Sue, son Scott and all the thousands who’s lives he touched over his lifetime. Calling is scheduled for Saturday, 11:30 - 1:30 with funeral services to follow at 2:00 PM. Calling and funeral services will be at Hartley Funeral Homes, 209 W. Jackson Street, Cicero, IN 46034. Memorial contributions may be made to Salem Children’s Home in Flanagan, Illinois or to the Arabian Horseman’s Distress fund.

In his own words here's his Eulogy, feel free to download it.

A brief sample of his career

From the funeral, here are a few of the tributes, read by Craig Christiansen:

My Memories Of Dad